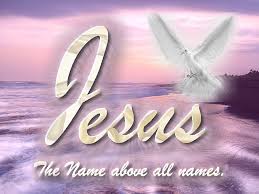 PREACHING TO THE POOR

Matthew, chapters eleven and twelve, show us the significance to Jesus of John the Baptist.

As John preached, he reached the poor and needy of the people Jesus considered so important in a teaching ministry. Jesus promoted and enhanced John’s anointed preaching while he then – healed the blind, cured lepers, people who were now able to walk unassisted, the deaf could hear and even the dead were raised. Some preaching and healing through Jesus at that time was so awesome. In verse four, when John and his disciples left, Jesus had this to say to the crowds, ‘Blessed are those who don’t doubt me.’

He asked them all. ‘When you went out into the barren wilderness to see John, what did you expect to see, a man dressed as a prince in a palace or a prophet of God?’

So the challenge to consider here is replacing doubt for trust in our experiences with the Lord. Do not doubt. We each have varying expectations when hearing a preaching visitor. John had a preaching of power, praise and baptising plus preparation to bless the poor and the sick in Jesus’ name and yet we read this in verse 14.

‘Yet, even the lesser lights of heaven’s kingdom will be greater than John is.’

Despite the outstanding preaching from the prophet, John, Jesus reminds us to be humble and to practice humility. So be sincere and be a humble blessing to others.