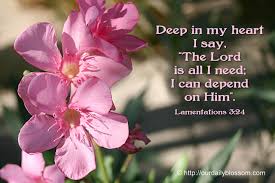 Lamentations was probably written by Jeremiah. and he and his fellow people lament the devastation of their beloved city at the hands of the Babylonians.

Lament to feel or express sorrow or regret for.

God had watched His people commit spiritual adultery for far too long. His people were engaging in idol worship, which was gradually enslaving them to forces of darkness.

God warned and warned them through Prophets, to stop pledging their hearts and trusting in idols.

In the book of Lamentations, God does something about it the wicked hearts of His people. He raises up Babylon to conquer Judah and destroy Jerusalem, including the temple, where He allowed the people to draw near to Him.

Thousands of God’s people were taken in chains into captivity in Babylon. God is really trying to get their attention.

Jeremiah [most likely the author} witnesses the city’s fall, writes five poems, or funeral dirges, of Lamentations. In the poems as if he is walking through the devastated city street. No matter how much he cries, there are not enough teats to express the dept of his heartbreak.

Jeremiah expresses God’s broken heart, but he realizes that God does not willing bring grief and affliction to anyone. God is grieving as He sees His beloved people and their temple where they met Him fall.

Jeremiah know there is hope, because he knows that God loving pursues His people and will not stop in now. Because of His great love God does not allow His people to be completely consumed.

Gods’ compassion is as sure as the sun rising, and God will continue to work to bring His people back into relationship with Him

And the Salvation message is all about a loving God, doing all He can, to bring people to a loving relationship with Him.