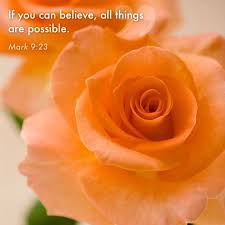 “But they were silent, because on the way they had been arguing with one another about who was the greatest.”

Even the disciples got caught up in a value system, based on who is more important. Mark 9 verse 34:

In the Kingdom of God there is no such value system. Jesus noticed what His followers were thinking and challenged their thoughts. Mark 9 verse 35:

“Sitting down, He called the Twelve and said to them, ‘If anyone wants to be first, he must be last of all and servant to all.”

Jesus was pointing out that true greatness is in serving others rather than outdoing them.

The Kingdom of God turns value systems up side down, what the world puts a value on, eg to build fame, money, power, position, influence and possessions, are not needed to succeed in the Kingdom of God.

To make His point, Jesus gathered a child to His arms and said that to welcome a child is to welcome both Christ and His Father. Mark 9 verse 37: “Whoever welcomes one little child such as this in My Name welcomes me. And whoever welcomes Me does not welcome Me, but Him who sent Me.”

Perhaps that will help us understand, what Matthew 18 verse 3; Tells Us:

“‘I assure you,’ He said, ‘Unless you are converted and become like children, you will never enter  the kingdom of heaven’.”

The world would say, to make anything out of ourselves we need, fame. power, money, influence, position and processions to make it for ourselves. But all we really need is a Childlike trust in our Heavenly Father and His Son, Who gave Himself for us, and The Holy Spirit as our Comforter and Helper. Perhaps it is an upside down Kingdom, but the Kingdom of God, really is the most exciting Kingdom to belong to.