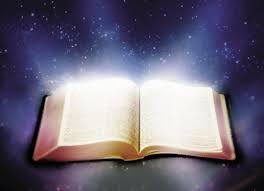 2 Chronicles covers the period from the beginning of Solomon’s reign to Babylonian exile.

God’s people are back from the exile and they have rebuilt the promise land. But as a people group under the rule of Persia. They were nowhere near what it was at it’s zenith. God wants his discouraged people to understand that despite how things look, He has not abandoned them. And as He never abandoned them or us in our darkest hour.

So the writer continues their account of the God’s people’s history, focusing on Judah and the Judah’s Kings.

King Solomon builds God’s temple, and it is glorious. Solomon has an elaborate dedication to the temple and asks God to bless the nation. But after Solomon’s death, his son Rehoboam does not follow God, nor does he obey the Prophets sent to him. God splits the two kingdoms, ten tribes of Israel in the north and two tribes of Judah in the south. God continues to work through Judah’s kings.

Of the 20 kings of Judah, the writer highlights the few who walk with the Lord. Asa, Jeoshaphat, Joash, Hezekiah and Josiah. But the good kings reform are only temporary. God eventually allows the nation to be taken into exile and his precios temple to be destroyed.

Like all things with God, all is not lost> God works in the heart of the king of the next foreign power that has prominence. The Persians have defeated the Babylonians and trough God’s prompting, Persia King Cyrus decrees that God’;s people be allowed, even encouraged, to return to Jerusalem to rebuild his temple. Just as God promised, he has released His people from exile.

It would be clear to the returned exiles that the sovereign King has his hand on all of history and on His people.

2 Chronicles is a testimony, of us all seeing Our Lord good hand, and is an important part of stepping closer to Him, in everything we do.

One response to “Insights Into ‘2 Chronicles’”