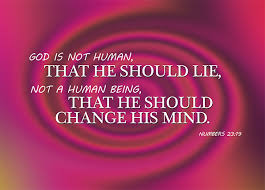 Because God’s people are unwilling to enter the land of Canaan, their entire generation is forced to wonder in the Desert for 38 years.

A year has passed since God power fully delivered His people from slavery. The promise God made to Abraham and God has prepared a new home for them. He lead the people through the wilderness and looked after them in the journey, giving them food, water, clothing and everything they need.

He guides them to the edge of the border of their future home and instruct them to survey the promised land. The twelve spies return with their findings. They agree the land is good, but it is filled with huge and powerful inhabitants.

Just one year earlier, God’s people had seen him stop the hearts of their enemies at Passover and watched Him destroy the world’s strongest army at the Red Sea.They wok every morning as God provided their daily bread. God had vowed to be there for them, to protect them and provide for their every need.

Yet when God’s people hear of the strength of their enemy in the promise land they became frightened. They didn’t trust God at all.

Insulted and angry, God says that every adult who has witness His great power and yet refuses to trust Him will not enter the promise land. For 40 years, God’s people wander in the wilderness outside of their promised home. Of the original generation, only Joshua, Caleb remain.

During those years, God continues to provide for daily needs of His people, showing them Who He is. God longs for therm, to know Him more and want to be close to Him.

A story of today, God longs for us all to know Him more, and want to be close to Him.