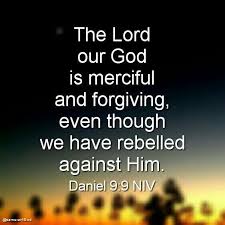 Daniel is a great book about daring to be different.

The Book of Daniel is called ‘the Apocalypse of the Old Testament’. It is written to encourage those people in exile, by revealing God’s Sovereign programme during their time of exile. We have divided our Excitement from the Book of Daniel, into two parts.

In part one of Daniel, Daniel and his friends are taken into captivity in Babylon. Daniel and his friends had a big decision to make, either fit in with the Babylonian society and make the best of the situation, or retain their identity that identified them as God’s followers, which meant they could possibly face dire consequences.

As we confirmed: Daniel was a disciplined person.

Daniel dared to be different.

Daniel was disciplined as a prophet.

Daniel was disciplined in prayer.

Daniel interprets Nebuchadnezzar first dream, after which King Nebuchadnezzar said to Daniel, “your God is indeed God of gods. Lord of kings.Part 2: The king recognition of the Power of god. Daniel 2 verse 47 is apparently, short lived.

Now he sets up his own statue, and commands everyone to worship it. Daniel’s friends Shadrach, Meshach and Abednego refused and are cast into a fiery furnace. Instead of burning, they are perfectly fine.

Amazingly, the king sees not three men, but four walking around in the flames. a fourth figure who looks looks God. {Daniel 3 verse 25}.

The Old testament has stories like this that confirms God loves us and that he will never leave us or forsake us.

At a Belshazzar feast, hand writing appears on the wall, only Daniel can interpret. This is a message of judgement. Daniel receives a promotion this time though his organizational ability. rather than his interpretation skills. Darius is maneuvered into declaring that prayer to anyone but himself is illegal.

Daniel being such a disciplined person, who dares to be different, carries on as normal, and the king is force to throw him to the lions. God intervenes and Daniel is not harmed. But the officials who were responsible for the decree, are all thrown into the lions and eaten alive. {Daniel 6 verses 1 to 28}.

The second part of Daniel is straight out of the imagery like ‘Ezekiel’. It is full of strange images, with animals and beasts, horns and helpful angels .It recounts various visions that Daniel had during the rein of Belshazzar and Darius.

Daniel final vision of the far future, includes an awesome vision of a shining figure. this is similar to John’s vision in Revelation. {Daniel 10 verse 1 to 12 verse 13].

Daniel knew what t he believed , and who he believed in. Daniel faith was always vindicated because The Lord always looked after him, like He will look after us.

He might look after us in ways we might not expect, because His ways are higher than our ways. His thoughts higher than our thoughts. But to those that put their trust in Him will never be disappointed.