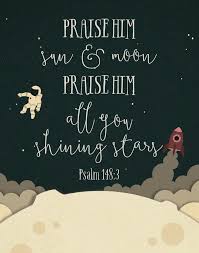 In the book of Numbers, chapter 13, we read of Moses sending his men to explore the land of Canaan.  He gave them several things to consider and report back to him such as to check out the land, the strength of the people, are their towns fortified or un-walled?  Are there trees and good fertile soil? Try to bring back some of their fruit of the season.

On returning to report and with samples of fruit they told Moses the exploration showed a land of milk and honey ready for ‘us’ to possess it. But the decision not to do so arose, for the residents of that land were powerful and large cities fortified, they advised Moses. The Israelites grumbled believing they could overcome any opposing tribes to capture Canaan.

How often do we make decisions despite the warnings of a deed that others may conclude foolhardy or not appropriate? Do we seek counsel with our God or Christian Elders?  Do we have a self-awareness of inner truths? Should we ignore impulsive judgements? We need to discern between listening to warnings and weighing up a possible outcome if we get it wrong. Moses asked for answers to his questions and his men supplied the answers but along with the good reports came a warning. Moses had a dilemma on his hands and yet confirmed that the Lord would lead them to the land of milk and honey and ‘will give it to us’. Moses made a decision based on, ‘Do not rebel against the Lord, do not be afraid of the people of the land, their protection is gone but the Lord is with us, do not be afraid.’  Moses, in trust and self-awareness of his truth from his belief in his Lord moved in faith and sometimes we have to do the same. Make your decisions in the name of our Lord.

OPEN YOUR EARS TO HEAR HIM.