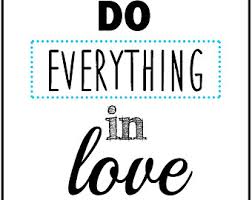 We need to be people of passion, and transforming passion for what we believe, so that people can come to know a loving God, and the wonderful knowledge that is for all of us, in His Word The Holy Bible.

Everybody seems to agree that the world needs to change, but there is little agreement about what needs to change and how this change can happen. changing the world isn’t primarily about laws, economics, politics, and governments.

Institutions and structures exist for the benefit of people, but too often are the source of manipulation of people.

Every system would  operate effectively and with high efficiency, when the hearts of the people, who run them and are served by them are changed.

One thing is certain, hearts can not be legislated nor controlled in militarized zones. Only lasting change at the heart level will bring unity and true community among all people.

Two people that have inspired our quest at mylordmyfriend.com, are William Wlberforce {1759 – 1833}, was the breaker god used to abolish the slave trade in Britain. as a young politician William Wilberforce took great risk to ensure justice and to establish moral foundation for a nation. His acts of benevolence and his zeal for political reform affected the world.

One of William’s supporters was John Newton. John Newton {1725 – 1801} was a captain of a slave trade ship, transporting slaves from the West Indies to the Americas. following a Christian conversion he became an ardent opponent of the slave trade. John Newton wrote the Hymn ‘Amazing Grace’ which has been translated into many languages all over the world, and which is a beautiful insight into his own story.

1. it stops the believers boosting.

3. It creates faith, hope and love in response to God’s generosity.

4. Those who have received Grace should share it with others.

5. all are equal, grace has no favorites.

Truly this is the Heart change, this ministries would have for all of us to pursue.

We are not ashamed of the Gospel of Christ, because it is superior to the messages and teachings of all the other great world religions. Other religions have high ethical teachings, intensely dedicated followers, and magnificent rituals for worship.

However only Jesus {Our Lord and Our Friend] offers the world the kind of hope that can generate the spirit of optimism that is essential for joyful living. Only Christianity clearly outlines a course for human history that ends in the glorious triumph of good over evil.