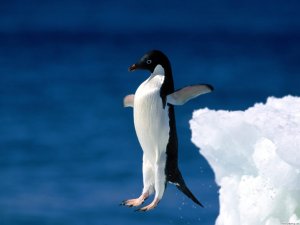 Faith is another one of those touchy subjects around believers circles. Some fight for it, some fight against it. While others still will tell you it needs to be placed in equal dosage with everything else.

And that’s exactly the place where I camp on the issue. Equal dosage. The argument of Grace Vs Faith has raged on for longer than time itself (seemingly) and both sides passionately argue their stance and beliefs. And while many of them are valid, I happen to think that taking one of God’s laws, rules, gifts, etc at the expense of another is dangerous territory to be in. He most certainly didn’t write about Grace and Faith for us to side with one and turn our back on the other. Both are equally important. In fact the word clearly states, without being drawn into the argument, that:

“For it is by grace you have been saved, through faith…” EPH 2:8

Separately one taken over the other is dangerous, but mix them together and you can drink as much of that as you want!

Most us know what grace is, so I won’t go into that here. But we as a body of believers have some interesting concepts of what Faith is. I’ve had it explained to me over the years by many people, all of them well meaning, but none of their explanations quite hit the mark. I’ve heard it explained as being like this magic dust, that if sprinkled properly it can do anything. I’ve been told that not everyone has the same amount of faith (and when I compare myself to the Apostle Paul this certainly seems like the case). While I’ve also been told that not having enough of it could get me killed.

So what the heck is it? And where I can get me some more of it? For those answers, as always, we need to turn back to the Word of God. He never intended for us to be so confused or divided by Faith. He wants us to claim it with both hands and make use of it.

“And without faith it is impossible to please Him, for he who comes to God must believe that He is and that He is a rewarder of those who seek Him.”

Well, that’s slightly confusing. Instead of an explanation, we get a warning. “It is impossible to please Him without faith.” Well that’s all good and well, but we still don’t actually know what it is. Thank God, the author of Hebrews goes onto explain.

Firstly: We must believe God is real if we don’t, we have no faith in Him. Nor that He can truly help us in our time of need. You only need to take a look at those who don’t believe to see this is true. They have no belief in Him, so they have no faith in His ability to deliver them from trouble. They in a sense, just like the rich young ruler, are their own saviors. They have more faith in themselves than the do the creator of the universe.

So Faith is just belief? No, not entirely.

Our faith in him is outworked by us seeking Him. By us reading about what He has done, how He has time and again delivered His people from death and destruction. About all He promises for you. About how he hasn’t yet failed on a single promise written in His word, that He will deliver you from whatever ails or afflicts you.

Seeking Him builds our faith in Him. It builds up our belief that if He did it for Peter Paul, John, even Jesus, then He can and will do it for us. In the same way you wouldn’t go into a fight unarmed, many times we approach our battles with blind hope, and nothing else.

Faith is knowing that no matter what you face God has an answer for it. He has a promise. Faith is seeking it out. Seeking Him out. Becoming more and more intimate to the point where you depend more on what He says than what the world, your sickness, or your bank account says. Faith is Believing in Him, because you know He wants to deliver you.

Which brings us to the third part. “He is a rewarder of those who seek Him.”

It’s all good and well to believe that God can. We all know that He can. He created the world. He CAN do whatever he likes. But we often lack the belief that He WILL do it for us, despite His many promises. It’s almost like we think we are a unique example, “I won’t be healed because I’m different to Scott. Now he is a man of God. I’m just a wretched sinner.” We think that “This is my cross to bear.” Or even that He wants to use us and our sickness or poverty or family struggles to be a lesson or testimony for others.

Instead of just believing that He wants each and every one of us well, free, provided for, at peace, and loved.

We have to believe that when God says He will deliver us, and that He will heal us, that is exactly what He will do. He has already blessed us with every spiritual blessing. He’s already provided the way out for every circumstance you face, you need to seek out what His word says and believe that He has promised that to you!

That is faith! Believing He is, Seeking Him, And knowing His character as a rewarder, provider, and deliverer. Armed with this knowledge, you can literally triumph in any battle you face. Through His Grace He has provided it all for us, and we can claim it and use it through faith.

Not in anything we can do, but through everything He is, and promised to be.

So get out there and build that faith of yours. Read His word, find testimonies of the amazing things He has done. And if at the end of the day, you feel like your faith is so small and insignificant, relax! Jesus did, after all, clarify that even faith the size of a mustard seed was big enough to do the impossible!

So no matter what you face, take what He has provided through grace apply any equal smacking of Faith, and prepare to see your life changed! And remember He wasn’t lying when He said: