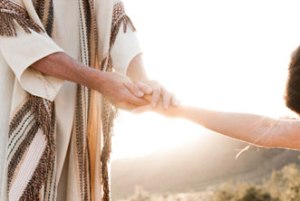 How often do we hear the story of the rich young ruler in church life? His story is always seemingly rolled out in what seems like an attempt at guilt tripping believers into giving.

As if the issue of tithing wasn’t controversial enough.

We hear how he desired, and was enthusiastic to follow Jesus, and seemingly would have given anything to have been among the number of his followers. Yet, when Jesus said to him, give away all your fortune and your riches, because a rich man cannot inherit the kingdom of God and that it was in fact like squeezing a camel through the eye of the needle, he left saddened “for he had a great fortune.”

So naturally we have taken that to mean that if we don’t give to the kingdom of God, then we can’t partake in the kingdom of God. But that’s not really the point of the story. No, like many of the stories Jesus was a part of or told, they often had meanings behind those we can see on face value.

Firstly, Jesus never told the rich young ruler to give his money to Himself or the church. He told him to give it away, or bless the poor. Jesus most certainly didn’t say “if you don’t give me all your wealth you can’t inherit the kingdom.” In fact of the few times that Jesus spoke about tithing, he addressed it simply. “Give unto God what is Gods, give unto to Caesar what is Caesar’s.” A simple sentence speaking volumes. First He believed in the tithe and commented that it should be given unto God as he had requested, and that we should also be diligent about paying our taxes etc.

So He  wasn’t addressing tithing with the rich young ruler. So what was he addressing?

For that we have to go back to the beginning of their conversation in Mark 19:16 when the young man approaches enthusiastically and asks what He must do to gain eternal life.

The attitude that this wealthy young man came with, was an attitude that alluded to his own confidence in himself to gain salvation through and by himself, even having to buy it if necessary. He was confident in all he had, and all he had built up. Men like this are used to getting their own way, there is no price too big that they wouldn’t pay.

It being the very opposite of what true salvation is. Laying down all of ourselves and taking on all that He is. The beautiful exchange. Taking not what we deserved, which was sin and death, but taking what He deserved.

And Jesus made it quite clear. It wasn’t, isn’t and never will be for sale. All we have to do is believe and receive and accept what He has has freely given to us a gift.

This rich young ruler saw himself as his own saviour, and even to a lesser degree his wealth. It had become His master. He served it in everything that he did, every action and decision he made was based around preserving or growing what he already had. So giving it away served no purpose at all. And only led to destroying his identity of being The rich young ruler.

This conversation illustrates an interesting point, Jesus gave this man an opportunity to truly discover riches beyond his own ability to make, to a life greater than what he could ever hope to achieve. He was, by asking this wealthy young man to give it all away, trying to help him not trying to rob him.

Let us not put anything between us and the Lord. What we have, we have received as a gift. There is nothing we could ever do that would have earned us what He has given us. We need to rid ourselves of the thinking that we move God by our actions. He is most certainly not up in heaven with His arms folded saying “Make me” he is saying “I have blessed you from the spiritual realms with every spiritual blessing.” (Eph 1:3 context mine)

He’s saying that the qualifier for ALL of this. For salvations and healings and prosperity and freedom and everthing is to believe in Him. Believe, receive and accept what He has done for you! There’s no need for us to buy anything, to bribe or blackmail God to do something. Beause he has already done it.

Believe, Receive, Accept and don’t be like the rich young ruler and miss your chance to inherit th FULLNESS of the kingdom.