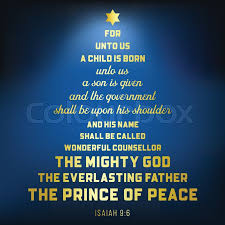 From the Gospel of John;

V2: He was with God in the beginning,

v3; All things were created through Him, and apart from Him not one thing was created that has been created.

V4: Life was in Him, and that life was the light of men,

V6: There was a man named John who was sent from God.

V7: He came as a witness to testify about the light, so that all might believe through him,

V8 He {John} was not the light. but he came to testify about the light.

V9: The true light, who gives light to everyone, was coming to the world.

V10: He was in the world, and the world was created through Him, yet the world did not recognize Him.

V11: He came to His own, and His own people did not receive Him,

V12: But to all who did receive Him, He gave them the fight to be children of God, to those who believe in His Name,

V14: The Word became flesh and took up residence among us. We observed His Glory, the glory as the One and Only Son from the Father, full of grace and truth.

The ancient Gnostics and the modern New-agers have often challenged the idea of God taking on human flesh, since ‘flesh ‘ is seen as inherently corrupt. But in Genesis 1 it stresses that God created the world and everything in it to be completely good. Only later did sin corrupt everything. Jesus however came free from sin. God Himself became incarnate in order to redeem sinful humanity.

The message of Christmas God incarnate in flesh as one of us, to live and suffer as one of us, and by accepting Who He is, He gave us  the right to be the children of God.

Some people this Christmas might not have been able to share in fellowship in Church, so we would like you to share in the message of Christmas that is alive to us at My Lord My Friend  {mylordmyfriend,com} The Christ became flesh and dwell among us, and is only to willing to dwell with us now, if we receive Who He really is, more than a babe in a manager.