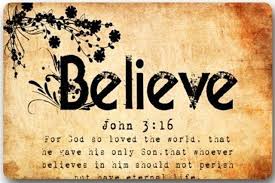 Yes I truly believe God is Sovereign, but we are living in a fallen world, as apart of His Kingdom. Psalm 23: Tells us, He is Our Shepherd. He is leading us. Sometimes beside the still waters of peace, sometime, through a valley where there is a shadow, we most likely can’t explain. But the word is ‘through’ he is leading us through experience,

Experience to help us grow, grow more in the understanding of His Sovereignty, Grow more into he people He wants us to be. Our Lord and Our friend never promised us an easy life, as some may say, but he did say, “he would never leave us or forsake’,in what ever may come our way.

Jeremiah 29 verse 11: He has plans for our lives, some how, we need to think, those plans aren’t always plain sailing, and Psalm 23 reminds us of this.

Let us relate it to characters in The Bible, we will see just how easy it is to have a mindset.

2 Kings 5 verse 1; The story foes: The Syrian army began to attack Israel,making raids over the boarder. They would seize anything they could. One day they carried off a young girl and handed her over to their general Naaman.

The young girl looked so healthy Naaman decided to take her home as a present for his wife. The wife would eventually tell the young girl her husband Naaman had a bad skin disorder, and he was getting worse.

The young girl remember about the prophet Elisha, who had done so many wonderful things with God’s help.

First mindset the wife, didn’t real have one, about her young slave girl, she shared with her, the family troubles. The wife mindset could have been, she is only a slave girl what would she care.

Second mindset, the young girl could have displayed no interest at all in Naaman’s family problems, instead of a mindset, because of her enslavement, she told them about where help could be obtained.

After some diplomacy, Naaman meets Elisha. Condensing the story, Elisha tells Naaman to go wash in the river Jordan seven times to be cured. Naaman did have a mindset about that and did not want to do it.

But one of Naaman servants gently asked him, ‘If Elisha had asked him to do something hard, you would have gladly tried, why not follow Elisha’s advice and do the easy thing and wash seven times in the river.

Naaman went to the river, and followed Elisha instructions ago. He washed himself seven times, then looked down at his body, the skin was as healthy and firm as any young person.

Mindsets: don’t be too proud to ask for help, even from a means you may not understand.

Mindsets: never be afraid to share your faith knowledge, it may change a person life.

Mindsets: accept the help and advice other people may give, as long as it doesn’t, go against your faith, in The God that loves us and paid a great price for us

Mindsets: can be things that hold us back from, true blessings Our Lord and Our Friend wants to bestow on us.