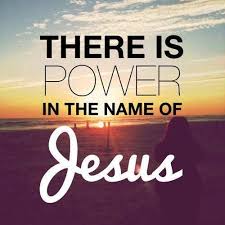 Let You Season reasoning be true.

Galatians 2 verse 20: “And I no longer live, but Christ lives in me. The life I now live in the flesh, I live by faith in The Son of God”.

The Life we now live, We live by faith, we have real purpose for living.

I was listening to a saying, not long ago and it stuck with me; “Everybody is living to die, but not many are dying to live.”

It takes me back to my school days and that goes way back. I was not a very good reader, and not real studious at all. It was only later in life I became more studious.

Remembering back to my secondary school days, I read a Book called ‘Johnny Tremain’, about the American war of independence. I loved the characters and one of the characters name was Rab. Rab became committed to the course of independence.  He joined up to fight, but the point of my story is, I always remember from the Book, Rab died in battle. The story line was, ‘Rab died as he lived’, and that saying has stuck with me.

What that said to me, Rab was dying to live, for a new freedom, and when he died, it was said about him ‘He died as he lived’. He died for what he believed. {not talking about martyrdom} I believe it talks about talking the talk and walking the walk and living the life. A life, we are all called to find and to live. in Our Lord and Our Friend.

What a joy it is to live with Christ Jesus as Our Lord and Our Friend and even when we do die bodily,  we will always be alive with Him.

So this Christmas lets remember the Real story of Christmas. Jesus was born as one of us, to die as one of us, so that we might truly live with Him Now and in Eternity.

Jesus is the Reason for the Season and His Reason begins a new Season in everybody ‘any whosoever’ who will accepts.