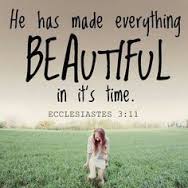 The Books of Samuel {original one document} is a life lesson. The stories from Samuel are about people, which enable us to see them as flesh and blood, virtually warts and all, as well as to reflect on their actions.

The narrative in Samuel, comes at the end of the Judges period, Samuel is the last of the judges. In His old age, the elders ask him to appoint a king.

Samuel was a kingmaker, a prophet who not only anointed both Saul and David, but was also responsible for defining the new structure of the kingdom.

1 Samuel 1 verse1 ti 4 verse1:  Like many of the great men of the Bible, Samuel’s birth was special. His mother Hanna is unable to have children, for which she was mocked by her husband’s other wife. Hannah is assured by Eli the priest that she will have a son, and sure enough she gives birth to a boy. Hannah names him Samuel and when he is just a few years old, she presents him to Eli to help him in the temple. Hannah later had other children, but she never forgets her firstborn. Whenever she comes to Shiloh worship God, she always brings her boy a new robe.

Young Samuel goes to live with the priest. While sleeping one night, young Samuel hears his name and assumes Eli is calling him. when it happens again, Eli realizes it must be The Lord.  So he tells Samuel, “If someone speaks to you again, answer, I am listening Lord, what do you want me to do.”

1 Samuel 4 verse 1 to 7 verse2. The Ark is captured. {Ark of The Covenant}, which had extremely special significance and in these chapters demonstrates  how far understanding of God and His Law has fallen. The Ark has been residing at Hebron, Eli’s two sons Hophni and Phinehas, treat the ark as if it was a kind of pagan idol. They used it as if God could be controlled by it. The ark is captured by the Philistines, who kill the two evil priests  {Eli’s  sons}. Eli collapses with shock and dies.

The Philistines get to understand the Power of God with whom they are dealing with. All there pagan gods are smashed and there people in their towns are hit with the plague. Not even they are willing to bring it back out of fear, they send it on a new cart hitch to two milk cows.{1 Samuel 6 verses 1 to 18]

The Israelites do not respect it either when it returns. They peer inside it and treat it with curiosity. The consequences are severe {1 Samuel 6 verses 19 to 21}

Renewal is always good. 1 Samuel 7 verse 3 to 17: Samuel calls for renewal of faith. the people destroy their pagan idols and they all meet together at Mizpah for prayer and sacrifice. The Philistines attack again during the proceedings, but their army was caught in the Hugh thunderstorm and flee. Samuel makes a dedication of stone, and calls it ‘Ebenezer’ , explaining “The Lord helped us to this point”

1 Samuel 8 verse 1 to 11 verse 15: Samuel is growing old and he appoints his sons as spiritual leaders and judges. Samuel’s sons are the same as Eli’s , they are dishonest, corrupt, and the people clamor for a king God is against the idea, but in the end agrees, and tells Samuel to anoint Saul. The Israelites celebrate and Saul is confirmed as king.

Samuel farewell 12 verses 1 to 25: Samuel message is simple, “Don’t worship idols, they can’t help you, The Lord will take care of you. But if you do evil you will be punishment.

Saul’s failure. 1 Samuel 13 verse 1 to 15 verse 35: Fearful of defeat,Saul makes a sacrifice himself, acting independently of Samuel. It may not have been much in it to do that, but it indicates the perennial failure of God’s people to obey him. Samuel tells Saul it will not be his Son who succeeds him on the throne. Saul reign is almost over as soon as it has begun

The rise of David, 1 Samuel 16 verse 1 to 20 verse 42: Samuel final act as the Lord’s prophet is to anoint. a new king even though Saul was still king. Samuel follows the Lord’s prompting and goes to the house of Jesse. Samuel doesn’t chose the obvious son, he choose David the youngest son. [God always ways calls the ones the world would less likely use}

David and Goliath, 1 Samuel 17 verses 1 to 58:The story of David and Goliath is one of the most known stories in the Bible , we will not say much about this now but will cover the story in a later article.

David and Jonathan 1 Samuel 19 verse 1 to 20 verse 42. Their friendship has become well known, Jonathan understood David calling, he knew that the lord intended David to be king, a role that should have been his as Saul’s son.

David went into exile. 1 Samuel 21 verse 1 to 31 verse 13: David is driven into hiding by Saul’s jealousy. David spend years in the wilderness. Saul’s attempts to capture and kill David are always frustrated. David has a chance to kill Saul, but instead, David cuts off a piece of his clothing as Saul slept. Upon telling Saul from a distance, wht he had done, Saul is struck with remorse.

The powers of darkness, The witch of Endor. 1 Samuel 28 verse 3 to 25:
This is virtually spiritual adultery. Saul has plumbed into new depths of desperation, but nothing changes.

The Death of Saul. 1 Samuel verses 1 to 13. Saul end comes in the battle of Gilboa, against the Philistines, his sons are also killed including Jonathon. Saul the first King of Israel dies, he was so gifted in many ways, so courageous, but so proud and tragically flawed. If we bring our flaws to Our Lord and Our Friend, He can help us work on them and become the person he intends us to be.

Warts and all, He loves us just the way we are, but loves us to much to leave us that way, because after He has great plans for our lives, if we will only trust Him with them.