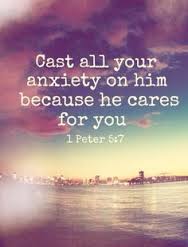 About three years after he wrote his first letter, the apostle Peter writes a second letter, in which he expresses alarm about the false teachers who have invaded the churches of Asia Minor. They have already caused many problems, and Peter foresees that their false teaching and immoral lifestyle will continue to have a disastrous effect on the churches they have infiltrated. Therefore, as a last will and testament. Peter writes this letter from his prison cell to warn believers about the dangers of false teachers. To be prepared for what’s coming, his readers need to know a few things.

While 1 Peter speaks of the new birth through the living word.

2 Peter stresses the need for growth in the grace and knowledge of Jesus Christ. The best way to overcome error is a mature understanding of the truth.

There are three parts to 2 Peter 1. The cultivation of Christian character {Chapter 1}

2. Condemnation of the false teachers {Chapter 2}

3. The confidence in the return of Jesus {Chapter3}

Peter urges people to grow in faith and their knowledge of the truth found in the Word of God.

It is important to point out that it isn’t the Bible that converts people. The first Christians didn’t have a Bible as we know it. It is the Gospel that is “the Power of God to Salvation”. it was the spoken word that converted the early Christians.

IT WAS WITNESSING BY WHICH THE PEOPLE CAME TO SALVATION, WITNESSING THE POWER OF THE GOSPEL.

Peter condemnation of the false teachers describes their immoral lifestyles, the futility and destructiveness of their teachings, and the certainty their destruction and judgement by God.

In light of the coming back of the Lord, Peter exhorts his readers to live lives of holiness. steadfastness, and growth.

STEADFASTNESS The quality of being firmly and resolutely committed.

GROWTH Which will result by practicing spiritual disciplines.