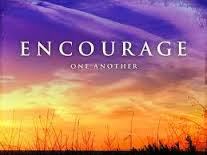 If this is your day for rest, you still need encouragement. Be encouraged today, by this wonderful verse from 2 Corinthians 10 Verse 3:

“For although we are walking in the flesh, we do not wage war in a fleshly way”.

And from the Message Bible:

“The world is unprincipled. It’s dog-eat-dog out there! The world doesn’t fight fair. But we don’t live or fight our battles that way—never have and never will”.

To most people the verse that follows, 2 Corinthians 10 verse 4, is more well known: “The weapons of our warfare are not carnal” and from {The Message Bible}:

“The tools of our trade aren’t for marketing or manipulation, but they are for demolishing that entire massively corrupt culture. We use our powerful God-tools for smashing warped philosophies, tearing down barriers erected against the truth of God, fitting every loose thought and emotion and impulse into the structure of life shaped by Christ”.

Let us go to the story of Gideon, in Judges 7: Gideon was called by God to form an army. First, Gideon told all that were frightened to go home. Then God told Gideon to have all his army to go to the river and drink. some of the men lay down and put their faces in the water; others scooped water with their hands to drink. These were the ones God chose, because they remained on guard for an ambush and proved ready and quicker to serve God.

Gideon had Three Hundred left, he handed out to each of them an earthenware jar, a torch of oiled wood and a trumpet made of ram’s horn. Not exactly carnal weapons, but the victory was completed.

They certainly did wage war in a fleshly way:

But they trust God.

They Trust God with the equipment they had been given.

And it was through the Light of God’s Word and through proclaiming God’s word they had the victory.

Our Lord and Our Friend wants us to be on guard at all times, and with the Knowledge we have about His Word, we will have the might of pulling down of strongholds against Him, in this fallen world.

Displaying and Conveying the Majesty of His Word, are all the weapons we need for Victory.

Be Blessed Today and Everyday

From Your Friends At mylordfmyfriend.com,