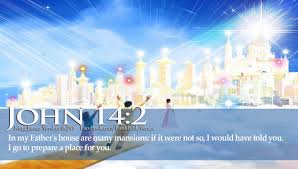 ARE YOU FEARLESSLY FAITHFUL OR FAITHFULLY FOOLISH?

In verse one it is written of Israel, ‘Sound the alarm! The enemy descends upon the people of God, because they have broken my treaty and revolted against my laws. They plead with me but it is too late.’

God had stretched out infinite love and mercy to his people but enough was enough. They had cut themselves off from his help and became idol worshippers. His endless patience and forgiveness he gave but, as it is with our own lives, he gives us choices, allows us to accept or reject; with our consent or, to risk contempt and an outcome of going against God. (Read verses 4-6). (17) They have sown the wind and will reap the whirlwind. Their cornstalks stand there barren, withered sickly, with no grain; if it has any, foreigners will eat it. God’s words to his people seem harsh but are uttered in truth and love to bring them back into obedient line. We each know that he has to do that with us if we stray from his guidance and concerned heart. We are his children forever and when we grieve his heart, he reacts, as he did in Israel’s abandonment of his laws. They had forgotten their master and their sacrifices were now meaningless to God.

In Chapter 9 (1) the outlines of punishments are stated to the people, of their loss and suffering to come. Yet, in verse ten we read, ‘O Israel, how well I remember those first delightful days when I led you through the wilderness! How refreshing was your love. How satisfying, like the figs of summer’s early season. But then you deserted me to give yourself to other Gods and soon to become as foul as they.

In verse 11-12 he gives a bitter verdict of what ‘foul’ will mean as he will ask from them. Their children will be taken from them as they become doomed he harshly predicts.

‘Yes, it will be a sad day when I turn away and leave you alone.’ So speaks the Lord!’

As a mother of lost children, that grief is confronting but the love from our Lord strengthens and refreshes me. His love and forgiveness are mine for the asking to trust him which freely sustains and satisfies me in all aspects of my life. MAY IT BE SO FOR YOU TODAY!