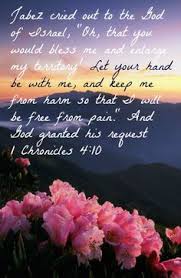 The Book of 1 and 2 Chronicles were originally one book in the Hebrew Bible. They were divide when translated into Greek, and it way continued into the English translations.

Kings was written to explain their history, to God’s people in exile Chronicles was addressed.to those who had returned.

They were faced with difficulties, their land was in ruin, and so was their temple. The Book asks the big question ‘Does God care about Israel anymore.

God always cares, it was on the peoples decisions. they were taken into exile.

Having overthrown the Babylonian Empire the previous year. Cyrus of Persia decreed that the people of God, could return to their homeland after 70 years. The next 75 years were difficult, there was no temple and the land available to those returning had only included about 15 miles radius around Jerusalem. The walls of Jerusalem were in ruin, The people were venerable to the enemies who surrounded them. Harvest were poor or failed completely and the people had to endure subsequent famine. Morales because of this were low and there was little to motivate the people’s Spiritual life.

According to tradition, Ezra wrote Chronicles, but this was uncertain. the author was probably a priest, given he emphasize is the temple, and the priesthood. many experts believe a person they called the Chronicler was responsible for the writing.

The first nine chapters of the Book have history from Adam at creation, to Zerubbabel and beyond after the return from exile.The story picks up with the death of Saul, David as King. David secures the nation by defeating Israel’s enemies and establishing the capital in Jerusalem.

King David brings back the Ark of The Covenant.King David is not permitted to rebuild the temple, but he receives the [plans for the temple from God, the task of building the Temple is passed to Solomon.

David does begin to gather the building supplies for the Temple, that Solomon will need.With the plans given to hte safe hands of Solomon, King David dies.

Chronicles appears to leave out all the conflict regarding Saul and   David, the writer is drawing from troubled history that is already well known at the time.

excitement to be gleaned from 1 Chronicles:
God continues to work out His plans in history through His People.
God will be true to His Promises i  spite of any checked past we may have had.
Our past ‘missing the mark’ mistakes give us valuable lessons for our present walk with Our Lord and Our Friend.
God has a future and a destiny, for all who will accept Him.

Read 1 Chronicles and enjoy the encore will be in 2 Chronicles, that will continue the rest of the story that was originally one book.

One response to “Excitement From ‘1 Chronicles’”