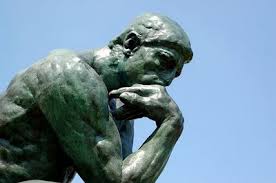 We can never be tempted by anything that we don’t think about.

I’m not saying lets be naive and just ignore our problems in life until they just go away. Cause they won’t, they’ll just get worse.

What I am saying is that whatever we feed our minds, is invariably what we feed, and where we are led and what we do. You see our thought life has been doing all the worrying, all the processing and all the thinking from the moment we were born, and if we leave it to it’s own devices it seems to like to jump to the worse case scenario all the time.

How often have you had the cold chills of fear run down your spine when you have to go to the doctors, or you get a bank statement, or are being harassed by phone calls, or you hear of an accident on a road often frequented by a loved one whom you now can’t get in contact with?

This leads to stress and worry and fear, and is the first steps in engaging more stress, worry and fear. They are quite the terrible team. You buy into one and you get all three, and they invite their entire family around to come and take residence in your head. Before you know it, you’re making out monsters from the shadows, and are convinced that you are dying from some incurable disease.

It’s a downhill spiral, that our thought life will try to take us on, on a daily basis.

We can hardly blame it though. It’s just doing what it’s always done, and it is after all trying to look after you, it’s owner. It actually has a vested interest in you!

More often than not when the seed of sin starts to germinate in our minds, we indulge it in a strange unknowing kind of way.

We think about it.

We think about how evil it is, how we don’t want to partake in it. It becomes a fight, as we convince ourselves that we will not succumb to this sin. It dominates your thoughts, as you throwing scripture at it, praying that you won’t give into it. And then like water being released from a dams floodgates we are totally consumed by it and powerless to resist it.

We give into it, we go through the spiral of shame, of glumness, of feeling defeated and not worthy, and wonder why we weren’t able to overcome or resist it.

When in reality we only gave into it, because we empowered it with our thoughts.

We can’t be tempted by what we don’t think about.

If you replace all that fear, worry, and doubt with the word of God and His promises and you think on it, day and night, when a seed that is sent to distract, disarm, and unnerve you is sent, you will see it for what it is. A cheap attempt at striping you of your power and your authority.

Our enemy would love nothing more than for you to believe the opposite of what God says about you. He would much prefer us to be cowering in fear at the thought of foreclosure or going bankrupt, or of death, depression, loneliness. Than he would prefer us to know that the word of God is truth if we allow it to seep into our hearts and minds, and become more than just a part of us, but become who we are.

How do we do that? We think on His word. We find what He says, and dwell on that. We meditate on it. We roll it around in our minds. We allow for once for our mind to take us to the best case scenario, and then we watch as the seed that is the word of God germinates and brings forth the fruit that God intended it to.

And at the the end of the day if we can only be tempted by what we think about, than I would rather be tempted by the things My Lord & Friend has to say for, through, and about me!

The word of God will not fail you. It’s power surpasses even the most hopeless of situations. Let it, and your mind prove that to you.

You keep him in perfect peace whose mind is stayed on you, because he trusts in you. Isaiah 26:3

Then Jesus said to those Jews who believed Him, “If you abide in My word, you are My disciples indeed. And you shall know the truth, and the truth shall make you free.” They answered Him, “We are Abraham’s descendants, and have never been in bondage to anyone. How can You say, ‘You will be made free’?” Jesus answered them, “Most assuredly, I say to you, whoever commits sin is a slave of sin. And a slave does not abide in the house forever, but a son abides forever. Therefore if the Son makes you free, you shall be free indeed. John 8:31-36