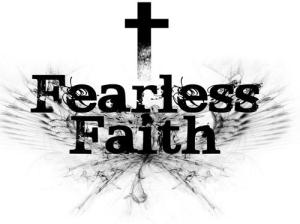 One of the fine lines we walk in our christian life, is the line of works. We know, thanks to Jesus’ ministry, that works and works alone were not going to be good enough to grant us eternal life. Yet, we also know that Faith without works is dead. So what does that mean for us as believers?

Well really it’s quite simple. If we as believers take the truth of Jesus’ ministry, and the infallibility of the Word, then we can’t receive from God if we don’t have faith. And our very actions prove our faith. Not to fellow man, and not even to say to God, see look I have faith, give me what I prayed for. That is blackmail. And God doesn’t tolerate blackmail at all.

You see if we have faith in the word of God, then we understand that He has won our victories. That by his stripes we are healed, that if we call upon His name we will be saved, that we can be baptised in the Holy Spirit and speak in tongues, that the old men shall dream dreams and the young men shall prophecy.

Faith is believing that if you step out, God has already gone before you!

I don’t want to cause contention and argument here, so I am only going to offer my perspective. I believe it’s not enough for us to just pray for people’s souls, or for them to be saved. I think, honestly it’s a little bit of a misguided prayer. Why? Well if it’s God’s will for everyone to be saved, why is it then that not everyone is saved? Especially if we can take Him by his word and know that through Him all things are possible. The idea that we need to pray for someones soul, beg God for their salvation is wrong. He isn’t in heaven with his arms crossed, waiting for someone to plead a good enough argument to make Him move. No. He delegated all authority and all gifts to us, to help us with our ministry.

So what does that mean? It means that instead of just praying for someones soul or salvation get out there and expose them to the word. We are the vessels that God wants to use. It’s a beautiful partnership. He desires that everyone should come to know Him, and anyone that can take hold of the revelation that they are the very tool that God uses, is a person who will have the kingdom of heaven behind them.

God has called you, and given you everything you need. It’s written right in his word. This wasn’t just for the disciples. It’s for us all!

So don’t be afraid to use the gifts, and back up your faith.

The very first person I witnessed to, was my best friend. At the time we shared a house together and worked together. One day at work I felt really stirred to witness to him. Luckily for me I’d read in the bible about prophecy, about hearing from God. In my opinion that was the easy part. God is always speaking. In fact He has an eternity of words about all of us, and every single one of them are covered in His love. You just have to tune in.

The hard part was taking the step and sharing.

I knew that God is a God who likes to prove himself and show himself, so I knew I really had nothing to lose, and my nervousness and hesitation was the only thing holding us back. As fortune would have it, both my bestfriend and I were appointed the same workbench. After an hour of idle chit chat, I finally worked up the confidence to ask whether I could see if I could get a word of knowledge for him.

He asked what it was, so I explained that it was a word from God, often a word that encourages, builds up, and in a lot of cases reveals something that nobody could know to prove to the individual, that He is real, and that He loves them.

My friend agreed with a bit of a smirk on his face. He certainly thought I was a horse short of a horse.

I took a deep breath, asked God for a word, and spoke it to him. I can’t remember what it was, after all it was a personal word for Him. He just looked at me and said “Nope” and walked off. My cheeks reddened, and I felt so embarrassed. But that didn’t deter me, I knew the word of God, and I knew it was truth. So I tried again.

I approached him again and said let me try again. He said sure, and continued working whilst whistling, obviously quite pleased with himself. So I asked God for another word, and spoke it to him. He just laughed, shook his head and said not even close. I was distraught at this point. Why wasn’t the word of God working for me? I was ready to pack it in, when my friend asked me if I wanted another go.

I took another deep breath and decided that, yes I would. I really wanted him saved, and I knew what the bible said. So I asked God one more time for a word, and spoke it out. He stopped what he was doing, with tears in his eyes and asked how I knew it. I explained that I didn’t and that it was the God of the universe who loves Him dearly, who told me so that he could come to know Him.

My friend explained that on their own, each word was wrong, but together each of them was a jigsaw puzzle that revealed a full picture. He gave His heart to the Lord that lunch break, and is still going strong today, as a youth pastor. Praise God!

The lesson in this, is don’t be afraid. Read the word of God, and understand the truths. Let your faith speak for itself. God will back you up, no matter how you go about it. Just find someone and share with them! Whether you ask for a prophecy like I did, or pray for a healing like I did for my cousins husband who is still happily saved, or whether you just share the very nature of God.

Let your faith work for you!