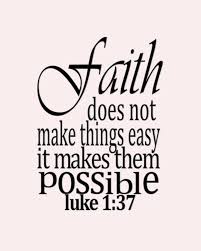 OVERCOMING TRADITIONS AND CONSIDERING THE CEREMONIAL

Where are we with God today? Are we steeped in doing the correct and religious performances? Are we consumed by doing the “God’ scenario and following commandments through, strictly according to the law? Or do you see each day as a prayerful and an expectant , ‘Led by the Lord day today’, heart?

In Mark, the Pharisees criticized Jesus and the Elders for not washing their hands as was traditional among them. This is done also today for hygienic reasons and especially in Health car. It is not a ceremonial tradition but rather a preventative necessity. The Teachers of the Law confronted Jesus as not following this, to which he replied, ‘Isaiah was right when he prophesied about you hypocrites, as it is written. These people honor me with their lips but their hearts are far away from me. They worship me in vain, their teachings are but rules made by man. (verse 8) and have let go of the commands and are holding on to traditions of men.’ And he said. ‘You have a fine way of setting aside the commandment of God in aid to observe your own traditions.’ Verse 10 we learn that Moses said, ‘Honor your father and mother, and anyone who curses his father must be put to death! But you say that if a man says to his father or mother; ‘Whatever help you might otherwise have received from me is ‘corban’, that is a gift from God by your traditions devoted to God! Then you no longer let him do anything for his father and mother that you have handed down. Thus you nullify the word of God by your traditions that you have handed down and you do many things like that. The Pharisees continued to challenge the words of Jesus

Verse 14-Jesus called the crowd to him and said: ‘Listen to me everyone and understand this, nothing outside a man can make him unclean by going into him. Rather, it is what comes out of a man that makes him unclean’.

In today’s sphere most ceremonies and formal traditions fall by the wayside but do we continue to live by them? Our choice is to live by laws of man and/or to obey Jesus, consider this opinion and the impact of the ‘it is what comes out of a man.’ statement on being unclean from within and out of men’s hearts (women also) that matters.

When Jesus healed people, he performed with love that feeling of ritual to bless us. He did not say, ‘Hang on while I go wash my hands’. So think about your priorities and priorities, weigh up your rituals/traditions and test your hearts. Clean or unclean?