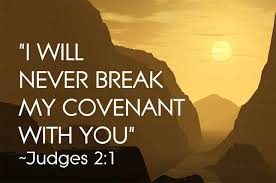 There is a  lot of enjoyment and excitement in God’s Word to be drawn from Judge, because Judges  takes us from the time of Joshua to establishment of Kings {monarchies]. From time to time, the Lord would choose special leaders know as judges {Judges 2 verse}. Judges were raised up to save the people, from the power of the marauders, and they decided legal cases and also at times performed religious rituals.

Traditionally the authorship had been given as Samuel, but it is more likely put together by several people. The Book of Judges has it all, lots of violence, sexual escapades,and lots of heroes. the Book depicts a dark and often violent society. We have just been through Song of Songs. which is a love story, and Ecclesiastes examining the meaning of life. Now judges is one of the grimmest books in the Bible.

To read judges many readers might think what is it moral purpose. But Judges is about a society of people {real People}, but they abandon God. Judges 2 verse 17: “But they did not listen to their judges. Instead they prostituted themselves with other gods, lowing down to them. They quickly turned from the way of their fathers, who had walked in obedience to the Lord’s commands.”

Judges is about the faithlessness of the people, but it is also about the faithfulness of God. God unlike His people takes His promises seriously. Judges reads as if God’s blue ray player is stuck, but in fact it is God’s people who are stuck in a cycle of degenerating faith and over indulgences  that are  followed by crisis, which prompts repentance.We have all done it although not quite as shamelessly.. The truth here in Judges is that God never gives up on His people, so He will never give up on us.

God does rescue them eventually. God always keeps His Covenant even though His people break theirs. Our sins {wrong doings} may be different to those of this time of Judges, but those sins are no less real.

Christian these days cir cum to at least  three kinds of idols, if not more, lust, greed, envy, without even realizing they are doing it.As in all the Bible, there is maybe a message for us all here. One of the reasons Judges is good to read, is  to know that incomplete tasks are a trap and they were to the Israelites.It involved them in compromise. There lies many tasks in Christianity today, that are incomplete, like the great commission to evangelize the world for Our Lord and Our friend, and genuine unity and understanding between believers of different Christian groups, for which Jesus prayed.

The incompleteness of these tasks is likely to lead to compromise, with the world around us and the failure to fulfill what God really requires us to do.  We should all just be more about Our Heavenly Fathers business.

Judges 4 verse 5: We read the story of Deborah. Deborah was one of the last people who in her culture would have been expected to achieve what she achieved. The Principle here is God doesn’t require His servants?workers to have a certain human or social status. God can use anybody who make themselves available to Him, even those with great doubt.

Judges 6 and 7; This doubt can be seen with Gideon, a man of doubt, given an unbelievable job. Gideon even though it took a while to convince him, that God wanted to use him, Gideon planned one of the most incredible raids in military history. Gideon reduced his army to 300 hundred men, and the were armed with trumpets and candles , to come against an army of tens of thousands. Here we find a spiritual truth, God can use a small minority to achieve great things, so the church should not complain it relatively small numbers in socket today.God hates being pinned down or being put in a box, but there are always visionary people looking already for God’s tactics  of surprise. God has the ideas to achieve His purposes, He is looking for a people who can think out side the box, and be His Hands and Feet to complete all that He requires.

Judges 13 verse 1 to 16 verse 31: Samson is a strange judge. He has superhuman strength and all too human weakness. Samson hated the Philistines, but chose one of their woman to be his wife. Unsurprisingly, it was a woman who was his downfall. Samson was obsessed with Delilah from the moment he saw her, but she was only in for the money. Three times she asks him the source of his strength and finally she get the truth out of him  We all have Achilles heals, something that if we don’t give over to God will make us less effect for the Kingdom of God. Samson finally see that his strength always came from God {And we too can achieve nothing worthwhile without Him}. Samson after being tortures and mocked at the hands of his enemies, turns to God again and brings the House down.

The Book of Judges draws to a close with stories showing the life of God’s people can’t get much worse. An Israelite man who is a silversmith makes himself an idol. He hires a priest to live with him, thinking God would be with him. Knowledge of God’s ways must have been forgetting to him, because he didn’t understand  the first commandment Exodus 20 verse 3 “Do not worship any god except me.”.

Lack of understanding of God’s ways is something all societies grapple with. The Book ends ends with a portrait of unsettling anarchy against God.

Final Verse 21 verse 25 “In those days there was no king in Israel, everyone did whatever he wanted.”

Is there a place for the King of Kings in your life, who will give you a purpose and a certainty.

Read Judges and enjoy, this is really a brief summation of judges, there is a lot more you can glean from the book, read it and enjoy. Become excited in God’s Word again from a book, we most likely didn’t think of in that context