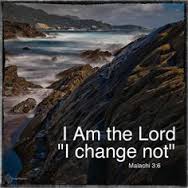 Malachi is an easy book to find it is the last book of the Old testament.

Haggai and Zechariah make a high point in the experience of the returned exiles. The people listen to God  message and responded. But some hundred years later when Malachi ministered the people had a indifference to God and drifted into various sins.

Sounds like the people of today grown indifferent to God.

Historical bases the background can be found in Nehemiah chapter 13.

God promises that one day in the future, when the people repent The Messiah will be revealed and God’s covenant promises will be fulfilled.

A silence of 400 years lies between the voice of Malachi and the voice of one crying in the wilderness. “Prepare ye the way of the Lord.”

The Privileged of God’s Love; {! verse 1 to 5} Something we can’t take for advantage. Wallowing in the problems of their present condition, the people in Jerusalem lose their perspective on God’s  work and His love for them in the past.

The Pollution of the Priests {1 verse 6 to 2 verse 9}: Greed and imperfect offerings. We always need to give our best to God, not out of something we can afford to give.

The Problems of The People: {2 verse 10 to 3 verse 15}: The people are as bad as their priest. Leadership is something to be taken seriously. Intermarrying, robbing God with their tithes, not honoring God.

God’s Promises: {3 verse 16 to 4 verse 6}; God’s promises are true, but sin will hold us back from receiving the blessings.

Malachi draw a dismal portrait of the people’s spiritual condition. when Malachi confronts his contemporaries, they responded with disdain and indifference. accused of despising God’s Name by offering diseased animals as sacrifices, the people struggled, complaining that worship was boring and a burden.

The priests failed to teach God’s law. the people also complained that God failed to answer their prayers, never considering that the callous ways they replaced their wives with younger and more beautiful trophy wives reflected their indifference to covenant relationship. it is in this setting God announces ‘I hate divorce’ Malachi 2 verse 16.

When God urged the people through the prophets to return to him, they pretended to be shocked, asking what the prophets meant.

Their indifference to worship and their incorrect priories were clearly revealed by their actions. At the end of Malachi, it is clear that there was no hope for restoration of the kind of faith community envisaged in the Old testament, and the prophets focused individuals “who feared the Lord” and “talked with each other ” about Him {Malachi 3 verse 16} God promised “They will be mine, in the day when I make up my treasured processions.

Let never become indifferent to God. He is calling us back to Him. Lets all be counted as one of Hos treasured possessions, what a wonderful privilege that is.

God loves us and by accepting Him we also become treasured to Him.

God does want to become Our lord and Our friend.

One response to “Excitement From Book Of Malachi”